Home General News “Do they want me to die without enjoying the benefit of my...
Facebook
Twitter
WhatsApp 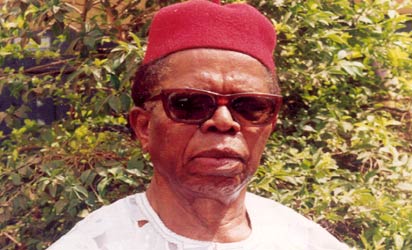 Some Nigerians will recall that serious scam had hit the country’s pension scheme in the past few years; a very shameful development in which civil servants – and not political office holders as usual – were the key actors. The whole scam involves hundreds of billions, and we are yet to hear the last of it.

Just like in the fuel subsidy regime scandal – and a lot of other scams that have rocked the country in the past – investigations linger for much too long, and no concrete actions are being taken, at least not any that concerned Nigerians can feel.

But what makes the pension scandal peculiar is the fact that the victims this time around are mostly aged ones – those who have indeed little time to enjoy the fruits of their labour. One of such people is Pa Timothy Dumbiri Akpede, an 84-year-old blind pensioner from Umunede, Ika North-East local Government Area of Delta State. The old timer has been appealing to President Goodluck Jonathan to prevail on the appropriate Federal government agency to pay his 18 months pension arrears, outstanding from the federal share of pension.

According to him, “What did I do to these people that they have refused to pay me my 18 months pension areas? I suffered for it, I am not asking for what does not belong to me. It is my rightful entitlements. Do they want me to die without enjoying the benefit of my labour?”

Pa Akpede, while speaking with Vanguard, recalled that his predicament started in July, 2010 when the payment of his federal share of pension suddenly became irregular, lamenting that he had been receiving his pension monthly since he retired in 1984 until July 2010 when its payment became inconsistent. He said, “My wife and children have been struggling to feed me and take care of my medical bills because I do not go anywhere as a result of my health condition.”

As we already know, if they do not pay these people their money while they are still alive, they definitely are not likely to allow their children get the benefits. If for no other reason but for the simple fact that we all want to grow old, those responsible for this should expedite action and not play politics with the whole process as they usually do.