Award-winning producer, Michael Collins, popularly known as Don Jazzy discovered #Kudos was a Lagos trend on twitter and used that opportunity to give it to some people who deserve it. 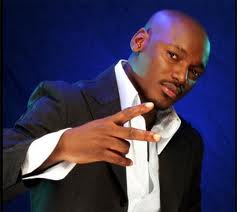 In his tweet about Tuface, he said the African music icon has greatly influenced him. “#KUDOS to our baba 2face for just being who he is. i dont think he knows how much he has influenced me.”

Don Jazzy also gave kudos to his number one critic and brother, D’Prince who he said challenged him to do more.
“#KUDOS to D’Prince who made sure he criticized all my beats till I made Tongolo remix. I kinda always wanted to prove to him I could do it.”

And for those who still thinks he’s not in good terms with D’Banj, Don Jazzy has this to say;
“@DONJAZZY: #KUDOS to my bro Dbanj for without him my production skills i gathered from JJC might have been a waste. dude made me don jazzy.” Obviously, Don Jazzy still regards D’Banj a brother.

You have to love Don Jazzy, he’s this good producer with a grateful heart. He also gave kudos to Wande Coal and JJC.
“@DONJAZZY: #KUDOS to Wandecoal for making my beats sound great with his voice from heaven. and for the name Don baba J”
“@DONJAZZY: #Kudos 2 JJC 4 w/out him i wld still B doing tungba music. not saying that is not gd. but i found out i was better doing something else”

Don Jazzy wants his twitter verification ASAP. We hope twitter read this;
“@DONJAZZY: No #Kudos to twitter for not verifying me o. lol apparently has something to do with amount of people im following blah blah blah”