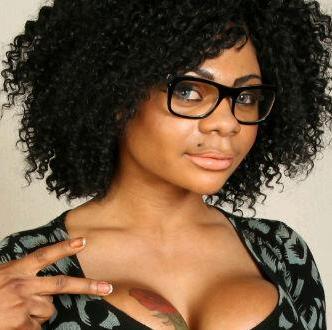 Karen Igho, On-air Personality and co-winner of the sixth season of Africa’s biggest reality competition ‘Big Brother Africa’ in 2011, has openly thrown a challenge to men who she believe want her but seem too scared to approach her.

The Edo State-born entertainer, while speaking during an exclusive interview with WG on her love life expressed disappointment that men are not bracing up to woo her, despite the fact that she is not as difficult as they think. The diva describes herself as “a woman who desires to be loved and wooed by the opposite sex.”

In her words, “Men are supposed to woo me. I’m a woman and I’m very soft. They shouldn’t be scared of asking me out. I want a decent man, and not any kind of man.” She also pointed out categorically that she is still “single and ready to mingle”.

In case you are a guy and already nursing some ‘ideas’, however, the diva has set some standard: According to her, “ he must not only be ‘God-fearing’ and comfortable’ but also, he must be down-to-earth and not necessarily a bachelor.” So, what are you waiting for guys? Let’s go there!!!