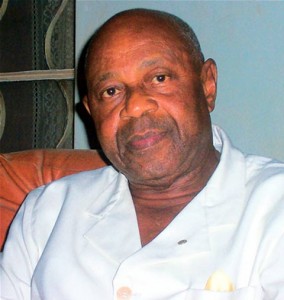 Professor Tam David-West, a former Minister of Petroleum, in an interview with vanguard has once again lashed out at the government of the country as we prepare for this year’s independence anniversary. As he is wont to do, the professor spoke out his mind without mincing words. While he professes his love for Nigeria, he regrets that the failure of the past and present crop of leaders, to give the citizenry a glorious future, is taking the country to the brink of destruction.

For him no country should expect patriotism from its citizenry if such a country has failed to serve its citizenry by playing its own part. As far as Professor David-West is concerned what we are practicing in Nigeria presently is a fraudulent democracy and not a real one as the citizens are not feeling the positive impacts of the so-called democracy.

In his words, We have no democracy in Nigeria. Democracy brings freedom and good life for the citizens. But today insecurity reigns supreme, corruption has become part of the nation’s life and the educational sector has collapsed… Do we call that the dividends of democratic rule? Democracy does not make the people to weep the way Nigerians are groaning. Our democracy is fraudulent.”