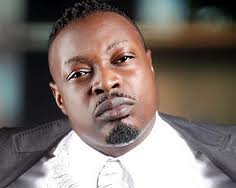 Nigerian pop artiste, Eedris Abdulkareem was on Saturday a guest at SaharaTV’s Inspiration segment with Omoyele Sowore. He said he loves to be identified only with Governors that are acknowledged by all to be ‘doing well’.

Eedris confirmed on the show that he takes money from Edo State Governor, Adams Oshiomole. You’d recall that Eedris had criticized the likes of D’banj for taking money from President Goodluck Jonathan, the admission seemed to have cast him as operating different standards. He however said that he never collected a dime from former president, Olusegun Obasanjo whom he referred to as ‘Baba’ throughout the interview. “I have never collected any money from Baba before. Eedris Abdulkareem is a social crusader and my responsibility is to use music to add values to the lives of common people who can’t speak for themselves”, he declared.

Eedris argued that he collected money from Adams Oshiomole of Edo State because Oshiomole was a Comrade and a good Governor. He also said that he would love to identify with Fashola, Tinubu, Rochas and Oshiomole because they fixed roads and improved education in their States, and he would therefore be free to collect money from them. After all, “it is our money,” he said.

The segment anchor, Omoyele Sowore asked Eedris whether taking money from Governor Adams Oshiomole has no effect on his moral stand as he had accused D’Banj of the same practice. An angered Eedris said his own was justifiable because his own benefactor was doing well. “When Oshiomole won, he said, ‘Eedris come, we have won.’ We fought it together,” the activist said.

“It is very justifiable because Oshiomole is a good Governor, so what are you going to say about it? He is doing very well and that is my service that I’m rendering. And also, to put it straight to you,
Goodluck Jonathan and his so-called ex-president have not done what
these Governors have been able to do in less than two years. So, what
are you saying about that? If you don’t like it, eat it.”

When asked what he feels about the recent song by Rick Ross which portrays musical artistes as individuals solely interested in money, Eedris said, “I don’t watch people like that because they don’t add value to my life, my country and my people,” he said. “People like Rick Ross who act songs that talk about champagne, illuminati, money and all that are not adding values to our lives. So, I don’t recognize people like that and I don’t listen to their kind of songs. I am a social crusader and I love songs that will add values to the lives of my people. You should not come to Africa and say because you see people are poor you are throwing money at people. That is stupid; it is disrespect to my people,” he said.