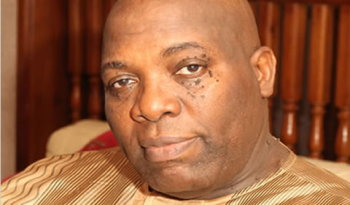 Senior Special Assistant to the President on Public Affairs, Dr. Doyin Okupe, in response to the public outcry over the introduction of the N5000 note,  said  the United States of America also had higher denomination bills, but that Americans were not compelled to use them in daily transactions.

He further went on saying one could decline to be payed the money when trying to get such from the bank or anywhere else.

This is what Wikipedia, the online free reference, has to say about the $1,000 bill:

High-denomination currency was prevalent from the very beginning of U.S. Government issue (1861).

Although they are still technically legal tender in the United States, high-denomination bills were last printed in 1945 and officially discontinued on July 14, 1969 by the Federal Reserve System.

The $5,000 and $10,000 effectively disappeared well before then. Of the $10,000 bills, 100 were preserved for many years by Benny Binion, the owner of Binion’s Horseshoe casino in Las Vegas, Nevada, where they were displayed encased in acrylic.

The display has since been dismantled and the bills sold to private collectors. Also, there is one large-size, 1800s-era $1,000 bill in the Bird Cage Theatre in Tombstone, Arizona, underneath the glass counter top.

Due to their rarity, collectors will pay considerably more than the face value of the bills to acquire them. Some are even in other parts of the world in museums.

For the most part, these bills were used by banks and the Federal Government for large financial transactions.

However, the introduction of the electronic money system has made large-scale cash transactions obsolete. When combined with concerns about counterfeiting and the use of cash in unlawful activities such as the illegal drug trade, it is unlikely that the U.S. government will re-issue large denomination currency in the near future, despite the amount of inflation that has occurred since 1969.

According to the US Department of Treasury website, “The present denominations of our currency in production are $1, $2, $5, $10, $20, $50, and $100. Neither the Department of the Treasury nor the Federal Reserve System has any plans to change the denominations in use today.”