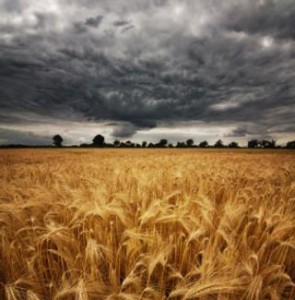 Following the consistent floods that have been battling the country in recent times, it has been hinted that Nigerians should brace up for food scarcity come 2013. This was made known by the Minister of Water Resources, Sarah Ochekpe, during a visit she paid to THE PUNCH corporate headquarters in Ogun State on Tuesday.

As if the security crisis battling the country is not enough hardship, coupled with the thousands of people that have been displaced and properties worth billions that have been destroyed as a result of the floods, the minister pointed out that a lot of farmlands have been affected and as a result there might be food crisis come 2013.

In the words of the minister, “Agriculturally, Nigerians have been affected. Farmlands have been submerged, so it might affect food production next year; food prices are likely to go up, scrambling for what is available… We agree that the ministry has a lot to do in terms of education; but Nigerians have a way of taking things for granted. Even after the flood, we still saw people staying around the flood-prone areas”

Besides, harvested farm produce, among other items, are not being transported to other regions of the country. She therefore urged Nigerians to desist from dumping refuse into channels and drains, as “this inhibits the free movement of water from one point to the other.”