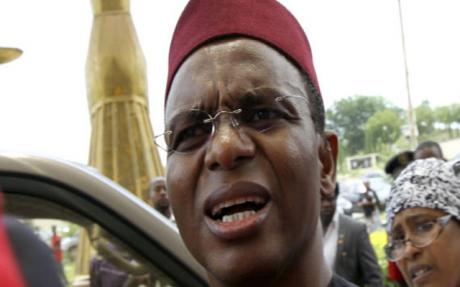 Barely two days after the present FCT Minister was reported to have claimed that his administration had demolished more than 124,000 houses in less than two years of his administration, his predecessor, Mallam el-Rufai, has been accused of allocating plots of land to his relatives and friends! If you ask, they will tell you they are all trying to beautify the FCT!

The allegations against the former FCT minister had been made by a prosecution witness in the trial of the Minister. The witness, one Sunday Idowu, had insisted that the ex-minister illegally allocated plot 1201 to his family members, the News Agency of Nigeria reported on Tuesday.

Mr Idowu, an EFCC officer, who led the investigations which facilitated the arraignment of el-Rufai and two others, said the accused revoked the land belonging to the PHCN and allocated over 10 plots to himself and friends. The two others arraigned alongside the former minister are Altine Jibrin, former Director-General of the Abuja Geographic Information System and its former General Manager, Ismail Iro.

The EFCC is charging them for abuse of public office and illegal conversion of a land meant for the construction of transmitting/injection sub-stations of the PHCN in Asokoro.