A lot has been said about how Don Jazzy’s Mavin league will cope without D’Banj. He had the name, Kanmi Ojuri under his twitter handle. His Bio read; Great Kisser/Architect/Traveler/Frequent Flyer collector: British/Nigerian. His question was; ” How’s Don Jazzy’s Marvin group coping?” His tweet ended with, ‘Their future looks broke to me.’

In fairness to those who wonder, the album dropped as soon as the Mavin league was formed is below the quality of albums Don Jazzy is known to produce. I guess it was just a bit too early. It’s not bad dropping an introductory album, but in circumstances like that, it’s always better to wait enough to ensure any song released would be a hit, so to say. 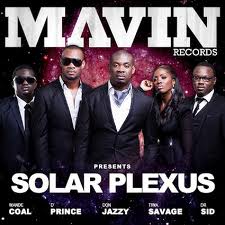 That said, members of the Mavin league are good individually and also as a group. I have no doubt they will bounce back with multiple hits.

Don Jazzy, Wande Coal, Dr. Sid, D’Prince, Tiwa Savage are guys that can give good music anytime. But, do you think Mavin league can do better than Mo’Hits ever did on the long run?

I thought you’d be curious to know what Don Jazzy’s reply was. He simply thanked God that the person who thinks the future is bleak for Mavin isn’t God. “@DONJAZZY: lol thank God say u no be God o RT @WHY_THO: How’s Don Jazzy’s Marvin group coping? Their future looks broke to me.”

Please tell him it’s ‘Mavin’, not ‘Marvin’, and also that it’s a good thing he tweeted what he did. If Don Jazzy was sleeping before, I’m sure he’s awake and alert now. The world should just watch out.