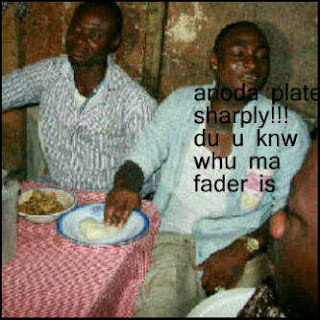 Whatever was really done to this picture to make it look hilarious must have taken the make so much time and energy. First the maker made the background really cool with a very old application, later went ahead to put that dude in such a torso that speaks more like a mechanic with his shirt open. Could Davido, known as Omo Baba Olowo( Child of a rich man), ever be caught in such environments?