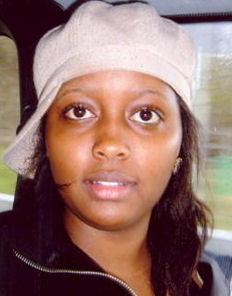 Not so many people get lucky when they fall in the hands of ritualists, so those that find a way out, usually feel obligated to to tell their stories and probably save somebody from such hell. A first year student of Health Technology at the University of Benin Teaching Hospital (UBTH), Miss Grace Ayetan (20),  narrated her ordeal with ritualists to The Nation in Benin, the Edo State capital.
Grace, who was accompanied by her father, Mr. James Ayetan said:
“I boarded a bus from Ring-Road to school and there were other passengers in the vehicle. At Five Junction, the bus stopped and the conductor went down to pour water into the radiator. That is the last thing I remembered. We all fell asleep. “When another passenger, a woman, woke us up later, the bus was in the bush. Click to continue reading.
“We started shouting, but the driver and the conductor brought out a gun and told us to be quiet.
“They took us to an underground house in the forest and put us into different rooms. They chained us and hung our bags around our necks. We went without food and water for days.
“After beheading a woman and her baby, a fight ensued between the ritualists over what to do with the rest of us. In the process, a bunch of keys fell from one of them.
“The fight drew the attention of the guards at the main entrance who took the parties into a room to settle the dispute.
“That gave one of us the opportunity to pick the keys and unlock the chains. That was how we escaped.”
Grace said a good Samaritan took them out of the forest and brought them to Benin.
She advised the public to be careful when boarding commercial vehicles. Mr. Ayetan urged security agents to curb the activities of ritualists.
AdvertisementABUJA DOCTOR REVEAL THE UNIQUE WAY TO PERMANENTLY CURE WEAK ERECTION, SMALL AND SHAMEFUL MANHOOD AND INFERTILITY ISSUES WITHOUT SIDE-EFFECTS WITHIN SHORT PERIOD!! DON'T BE A VICTIM!! Click Here for More Details