Yoruba renowned  actor and ace comedian, Babatunde Omidina, popularly known as Baba Suwe has said many film-makers have approached him to make a movie of his ordeal in the hands of National Drug Law Enforcement Agency, which detained him for  weeks on allegation of drug trafficking. 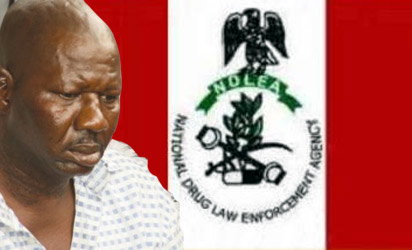 The comedian who also lost his darling wife and partner barely over a year ago, in a phone chat with HVP  admitted the experience was one of the most trying times in his life as he was left confused and devastated.

He said he would never forget the experience and prayed that even his enemies should not have to go through what he went through.

“My brother, this is not something I prayed for, even for my enemies. It is something I hate talking about but I thank God for absolving me of the alleged act” he said. In the same vein, the comedian, also confirmed the story making rounds that he is set to go on the big screen to tell the story of his incarceration by NDLEA but said  he hasn’t said any real work on the movie.

He said: “There is a film I am working on right now but whether I plan to do a movie on that matter, I will say yes. Maybe in the future though many people have contacted me to do a movie but I am still taking my time and God’s  willing, I shall visit that matter as soon as I can get myself together.”

Baba Suwe is expected back in court on October  19, 2012 to continue hearing at the Court of Appeal, Lagos Division, on  stay of execution of the judgement of Justice Yetunde Idowu of a Lagos High Court, which ordered the National Drug Law Enforcement Agency (NDLEA) to pay N25 million to the actor  as compensation for detaining him  unduly  over allegation of drug trafficking.