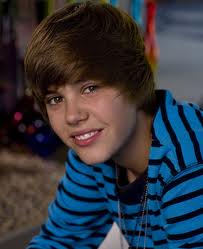 During a chat show, the 18-year-old singer admitted film bosses asked him to act in the motion picture version of the novel.

“They actually want me to be in the movie,” Bieber told chat show host Jonathon Ross, reports contactmusic.com.

The book’s main character, Christian Grey, is far from the innocent image Bieber has portrayed in his pop career. In the book, Grey has a room full of whips, handcuffs and masks for use on submissive women.

Sources close to the teenage star says as much he’s eager to be regarded an adult, he wouldn’t do anything that could tarnish his image. He would only take up the role if he feels it’s right. He’s not some new artist looking for a big break.