Her dressing has been modest, and she has been a ladies’ fashion icon until her topless pictures hit the media. 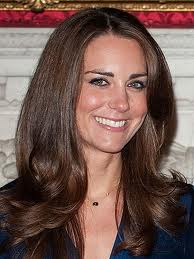 The publication of topless photos of the Duchess of Cambridge, Kate Middleton has reunited the same players whose clash ended with the untimely death of Prince William’s mother, Princess Diana, in a Parisian car crash.

William, who has long harbored a grudge against the paparazzi who chased Diana in the days and hours leading up to her 1997 death, was clearly infuriated. The royal couple hit back with an immediate lawsuit against the popular French gossip magazine, Closer.

“The incident is reminiscent of the worst excesses of the press and paparazzi during the life of Diana, Princess of Wales, and all the more upsetting to the Duke and Duchess for being so,” a St. James’s Palace official in London said in a statement.

The photos, which were not available on English newsstands, appeared to unite many Britons behind their royal family.

“I think it’s quite outrageous,” said Alice Mason, 24, from London. “They were on holidays in a private place and some creepy journalist took pictures. It’s not in the public interest to see this.

“They are always going to be in the public eye, but there is a line, and they (the press) crossed that line.”

In her defence, Laurence Pieau, the editor of Closer said the decision to use the topless photos was right. She told French radio the couple was on a terrace that was visible from the road when they were photographed.

She said they were not making an effort to conceal themselves and called the photos “joyful,” not degrading.

“We must not be too dramatic about this,” she said, refusing to say how much the magazine paid for the pictures.

A French lawyer who is an expert in media law said the royal couple has clear grounds for an invasion of privacy case against the magazine. Last week, French first lady Valerie Trierweiler won a judgment of €2,000 ($2,580) after the publication of photos of her in a bikini.

“French magistrates take into account the victim’s behavior, when the person is flaunting themselves on camera. Kate Middleton will get damages because she’s not behaving in this way,” said the lawyer, Anne Pigeon-Bormans.

But isn’t it time public figures start behaving like one?