American actress and film director, Kathy Bates has had a double mastectomy after being diagnosed with breast cancer.

She’s not been lucky as she who previously battled ovarian cancer in 2003. She has now undergone surgery to remove her breasts following the detection of the disease, and reveals she will not be having any radiation or chemotherapy.

She declared to People.com: ”After much consideration, I underwent a double mastectomy. Luckily, I don’t have to undergo radiation or chemo. My family call me Kat because I always land on my feet and thankfully this is no exception.”

The 64-year-old Oscar winner is now eager to go back to work after doctors told her she would recover.

She said: ”My doctors have assured me I’m going to be around for a long time. I’m looking forward to getting back to work doing what I love.”

Kathy had previously kept her ovarian cancer diagnosis secret because she didn’t want to stop working, but said she would not be quiet should cancer return.

She said earlier in the year: ”I admire people who have been open, like Melissa Etheridge and women I see walking around facing it without wigs and all of that stuff. I think I’d be more courageous next time.”

She has lived nine years after her ovarian cancer, and she intends to keep fighting as her doctors’ assurance that she’d be around a long time has given her a boost.

Kathy Bates won a Best Actress Oscar in 1991 for Misery, and this year is nominated for two Emmys: For Harry’s Law and for her guest shot on Two and a Half Men. 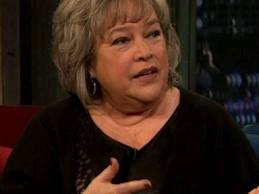