X-factor’s Simon Cowell told talk show host Ellen DeGeneres that Khloe Kardashian, 28, one of the three adult sisters of the wealthy California socialite family, was one of many people who had auditioned to host the popular TV show, and she had impressed him.

“It could be a Kardashian. I think that would work,” he said, he also added that “we have to find people who have a great chemistry, but Khloe is definitely up there in running.” Cowell speaking on Tuesday at “The Ellen DeGeneres Show”.

Khloe Kardashian rose to fame in reality show “Keeping Up with the Kardashians” and its spin-offs, but is often overshadowed by her more outgoing sister, Kim who has always been in the news, and recently more because of his relationship with rapper Kanye West. Khloe is married to basketball player Lamar Odom and was recently in the news over the couple’s efforts to have a baby.

Simon Cowell has said he would like two hosts, preferably with little experience 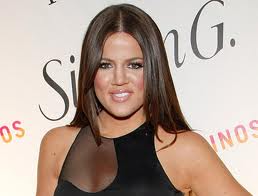 to take the helm when the singing contest starts its live broadcasts in October.