The Minister for Information, Mr. Labaran Maku, has advised Nigerians not to take President Goodluck Jonathan’s patience for weakness. Maku stated this in his goodwill message yesterday at the opening of the eighth Nigerian Guild of Editors conference, holding in Uyo, Akwa Ibom State. He said it was erroneous to assume that because the president has displayed the capacity to tolerate many things, including criticisms and media attacks, then he was weak and incapable of taking decisions. The minister said the president’s patience stemmed from his respect for the media and the fact that Nigeria is a very complex country. 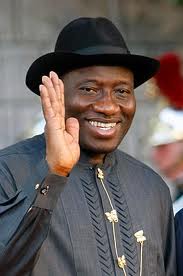 While paying tributes to the past heroes of journalism, who fought hard to first achieve independence and later democracy for the country, Maku appealed to the editors to try and define national interest, which should not be guided by the business side of journalism. “If there is any sector that has stood firm to fight for this nation, it is the media, from independence till now; the media in Nigeria have continued in the forefront of working for Nigeria and nobody has been able to cow it.’’

On the theme of the conference; “Editors and National Security”, Maku said in the last 100 years, nothing has destroyed the economy of the North like Boko Haram. However, he appealed to the editors not to report the issues of terrorism like a football match or theatre; rather editors should continue to remain as nationalists and be confident that the current security challenges, facing the nation would be overcome. Declaring the conference open, Senate President, David Mark, challenged the editors, as gatekeepers, who decide what goes to the public, to strike a balance between national security and their commercial interest.

He lamented the lack of standard list of national security to which the editors could readily make reference in deciding what to publish and what to leave out. He said the Freedom of Information Act should, however, give the press an opportunity to verify their information and define what constitutes national security.

The Deputy Speaker, House of Representatives, Chief Emeka Ihedioha, who represented the Speaker, Aminu Tambuwal, charged the editors to make recommendations to the National Assembly on how to improve on security, adding that nation-building, as a difficult exercise, required the contributions of everyone. Ihedioha said since the National Assembly would not impose its views on Nigerians, concerning the amendment of the 1999 constitution, editors should use the conference to contribute their ideas so that when the affected committee in the House begins consultations and a study of more than130 memoranda so far received, the media would have a role to play. Akwa Ibom State Governor, Chief Godswill Akpabio, told the editors that they were meeting at the most critical time in Nigeria’s history where democracy they fought for was on trial but to which their meeting could help to restore hope.

“You constitute the conscience of the nation,” he said. The governor advised the editors to be circumspect in their editorial judgment so that they would not edit and kill the democracy they all fought for. “You will not be doing honour to your heroes if you edit and kill the democracy they fought for,” he advised. While appealing to the editors to begin to clothe the nation in beautiful robes so that others would see virtues in the nation, Akpabio also asked Nigerians to stop living for themselves, their ethnic groups, their families and their religions alone but to extend their love to the entire nation. The governor also called for the establishment of cyber crime department in the Nigeria Police Force where the best of police personnel are equipped.

He also charged the editors: “Please, use your media to expose activities of cyber criminals and Internet scammers.” The NGE President, Mr. Gbenga Adefaye, had in his welcome address, said Nigeria had, in recent times, been in the limelight for wrong reasons, which are insecurity, kidnapping, bombing and other violent crimes. He lamented that insurgents had wrongly attacked some media houses, claiming that their reports were against them but warned that such attack was ill-advised because they (the insurgents) would one day need the media to tell their stories.

Culled From The SUN