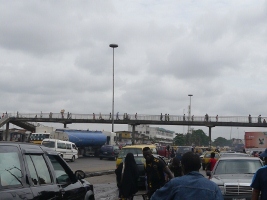 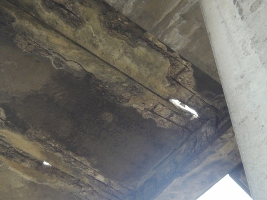 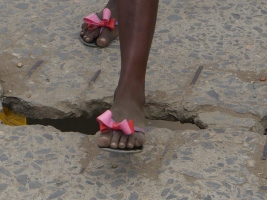 The demolition of the the dilapidated pedestrian bridge at Sadiku Bus-stop in Ilasamaja area of Lagos began in earnest yesterday the 1st. Despite the worrisome state of the bridge, it was said to still be in use until the demolition began.

Lagos State Traffic Management Authority (LASTMA) said the demolition and re-building of the bridge will take four months and were seen around the area yesterday assisting pedestrians to cross the highway and also to ensure free flow of traffic.