It took a long time coming but it finally did as rapper Lil Wayne has officially clinched the coveted title of male artist with the most entries on Billboard Hot 100 chart. That enviable position was previously held by Legendary Elvis Presley. 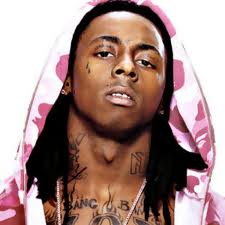 According to data released by Billboard, Lil Wayne has placed 109 songs on the chart, surpassing Elvis Presley’s record of 108 songs.

The track recently debuted on the charts and Lil Wayne’s appearance allowed him to surpass “the King of Rock & Roll” for most records placed on the chart.

The day before yesterday (September 26), Lil Wayne was in Louisiana, where he launched his new Trukstop skate park, in New Orleans’ 9th Ward.

“I just want to help out my city, help out the people and the kids, give them something to do, something they haven’t done before,” Lil Wayne told the Associated Press. “It’s always good to learn something new.”

Meanwhile, the rapper clocked 30 yesterday, September 27. Here’s a happy belated birthday shout out to the Cash Money man – can he hear me?