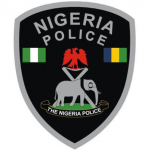 The police in Enugu have arrested a Local Government Councillor (names withheld) for alleged car robbery. Sources close to the local government secretariat at Enugu-Ezike in Igboeze North, said the councilor, based in Onitsha, Anambra State, came into office this year. He had been apprehended last week by law enforcement agents, following a tip-off.

According to the Nation, it was gathered that the councillor was linked to a car snatched somewhere in Seme border and then later traced to Obollo-Afor in Udenu Local government Area of Enugu State, where it was showcased for sale by a motor dealer.

During an interrogation session with the police, the motor dealer confessed to the police that the vehicle belonged to the councillor. However, it was learnt that the state government had to withdraw the Councillor’s appointment pending the outcome of his trial.

Meanwhile, Enugu Police spokesman Ebere Amarizu said he should be given time to get details of the matter, claiming that the councillor was not in the custody of the Enugu State Police Command; the arrest of the councilor had been carried out by the Rivers State Police command, where the case was originally reported.