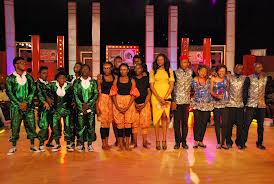 The five families that made it to the grand finale are Green, Efiokwu, Eghove, Boyle, and Zibe families. They will all have a last chance at contesting for the grand prize of N6m.

The Grand finale will hold on 22nd September, 2012 and will be aired live on AIT and Africa Magic (114) between 7 and 8 PM. If you’ve enjoyed the show thus far, you can’t afford to miss the grand finale as the involved families have promised to entertain their fans to the best of their abilities. If there’s a family who has won your heart in the course of the show, you can help them win by voting for them. To Vote; send Vote (leave a space) family name to 30380. Each text costs N10.