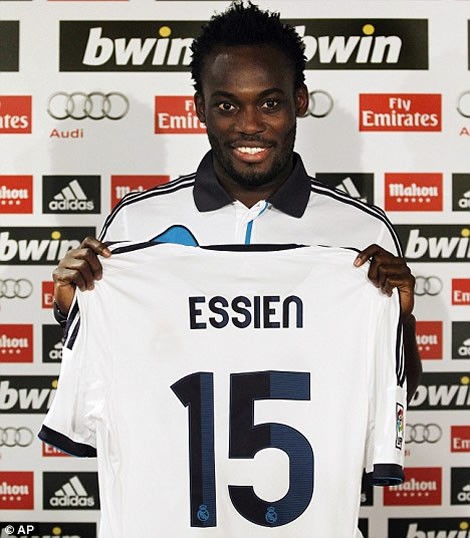 Real Madrid new boy Michael Essien has revealed he was in constant touch with club icon Cristiano Ronaldo while at English side Chelsea.

The 29-year-old Ghana deputy captain completed a shocking season long-loan move to the Santiago Bernabéu few hours before the closure of the transfer window from European champions Chelsea.

Madrid are chasing their 10th Uefa Champions League title and manager Jose Mourinho wants to assemble a formidable squad to win the title.

Essien must quickly adjust to the Real Madrid playing style and gel with his new team-mates to succeed and the former Stamford Bridge favourite says he had been talking to Cristiano Ronaldo while at Chelsea.

“I was following Madrid’s games. I do kind of speak to Cristiano as well on the phone and we also exchange text messages.” He told Real Madrid TV.

He is expected to make his La Liga debut for Madrid against Sevilla on September 15.