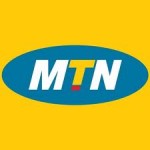 Telecommunications giant, MTN, are not having it all rosy presently in Rwanda as the Rwanda Utilities Regulatory Agency (RURA) has levied a fine of 3 million Rwandan Franc (about $4,834) per day on MTN Rwanda for poor service, with effect from September 14.

Arguably the largest provider of telecoms services on the continent, MTN has the largest subscriber base in Rwanda and RURA said complaints about drop calls and network failure has persisted for too long.

According to the Director General of RURA, Regis Gatarayiha, during a press briefing, “I know they are trying to fix it, but it has persisted since March this year and this is appropriate according to the policy… Within its mandate and powers conferred to it by the Law N0 44/2001 governing communications, RURA decided to issue a confirmation enforcement notice and to impose a penalty to MTN Rwanda over persistently poor quality services.”

While it is known that similar action has been taken in Nigeria by the NCC against virtually all the telecoms services providers in the country, not only do Nigerians not feel the impact of the fines (if they had indeed been paid), the problem of poor service delivery still persist in the country.