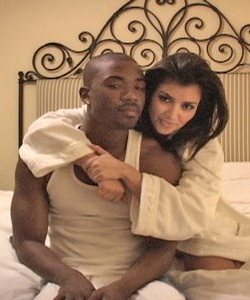 The new song from the house of G.O.O.D. Music compilation album Cruel Summer, titled CLIQUE, was popularly believed to have Kanye West rap about his girlfriend Kim Kardashian’s s*x tape with Ray-J.
In a very controversial way, this music was said to have precisely been talking about Kanye’s girlfriend and her popular séx movie saga that went down with Ray J, and it is really not the first time he is involving the lady’s funny past in his present affairs. The following lines were highlighted in his rap:

Break records in Louis, ate breakfast at Gucci/My girl a superstar all from a home movie/Bow at our arrival, the un-American Idols.

Listen to music below…