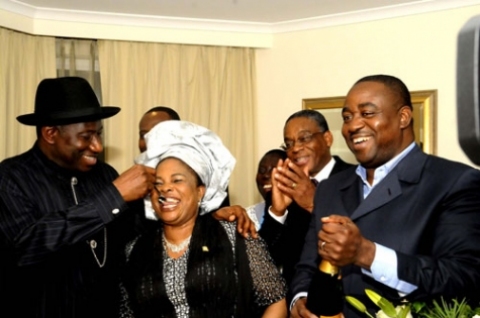 Sources from the Presidency have disclosed that president Jonathan has added to the confusion already boiling concerning the case of the First Lady’s health condition. The state of health of the First Lady, Patience Jonathan remains a controversial subject even as many Nigerians have expressed displeasure with the level of secrecy surrounding her illness and the manner she was “smuggled” out of the country.

He was said to have told his close men that, contrary to rumours making the rounds, Patience was still alive but refused to give more details about her health condition.

The president, according to what was gathered, is not in a happy mood, a situation that has further fuelled speculations in Aso Rock that the First Lady might be in a bad shape. None of his aides were willing to give details on the matter as at the time of reporting.