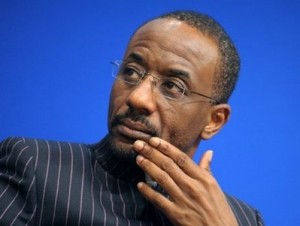 The Nigerian Bar Association on Thursday asked President Goodluck Jonathan to commence the process of the removal of Central Bank of Nigeria Governor Lamido Sanusi over  insistence on the introduction of N5000 note.

This call was made in an address at the opening session of the Bar Leaders’ Summit on the Future of the NBA in Abuja by NBA President, Mr. Okey Wali, SAN

He argued that even if the CBN was right in its decision to introduce the new note, Sanusi should have dropped the plan, resign after it became clear that Nigerians do not want N5000 note, since the apex bank is a public institution established to serve the people.

The NBA boss continued, “Since all indices show that Nigerians do not want the N5000 note, even if the leadership of the CBN is right, we believe that they are bound by the wishes of the people or they should take the honourable path of resignation, rather than exhibiting such unbridled high level of arrogance and rudeness.

“For all the faults that may be identifiable in President Goodluck Jonathan, arrogance cannot be said to be one of his attributes. The NBA is therefore amazed that this high level of megalomania is going on under his watch.

“We will therefore call on the President to please do the needful, initiate the process of the removal from office of the leadership of the CBN.

“It may well be that the CBN has a case, but the problem is that they are not giving any sensible answer to the fears expressed by Nigerians.

“We are supposed to be in a democracy and since Nigerians have rejected the policy, even if their elected representatives in the House of Representatives and the Senate on Tuesday 18th of September 2012 condemned the plan.

“Rather than listen to Nigerians the CBN is engrossed in distribution of insults and name-calling. To my utter consternation I watched on national television as an elder statesman and former President of this country was being called names and ridiculed for daring to hold a contrary view. That is a big shame.”

Obasanjo had, at a roundtable advocacy forum organised by the Nigerian Institute of Directors in Lagos, argued that the N5000 note would kill production and affect small businesses.