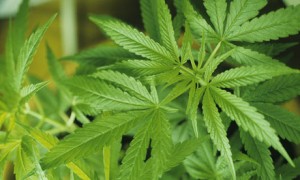 According to new studies, marijuana might be able to stop metastasis in many kinds of belligerent cancer! This surprising breakthrough might possibly help end cancer and its current craze.

A pair of scientists at California Pacific Medical Center in San Francisco has found that a compound derived from marijuana could stop metastasis in many kinds of aggressive cancer, potentially altering the fatality of the disease forever. Trials will begin soon on the marijuana compounds on patients as soon as possible. Testing has already been done in the labs and on animals and the results have turned out well. Scientist stated that they began their research on breast cancer but moved onto brain and more aggressive cancers. The marijuana compounds will not be smoked, they must be injected for people to receive the proper amounts of Cannabidiol.

“It took us about 20 years of research to figure this out, but we are very excited,” said Pierre Desprez, one of the scientists behind the discovery, to The Huffington Post. “We want to get started with trials as soon as possible.”

The Daily Beast first reported on the finding, which has already undergone both laboratory and animal testing, and is awaiting permission for clinical trials in humans.
Desprez hopes that clinical trials will begin immediately