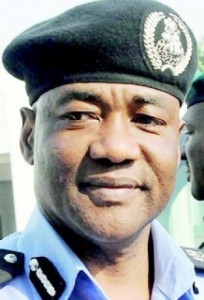 The Inspector General of Police, Mr. Mohammed Abubakar, has assured Nigerians of the readiness of the Nigeria Police to ensure a hitch-free celebration as the country marks her 52nd Independence anniversary on Monday.

The Inspector General of Police (IGP) spoke to journalists on Saturday after he was conferred with an honorary doctorate degree during the 2nd convocation of Al-Hikman University, Ilorin. Promising that the force would continue to recover more hidden arms and ammunition and ensure better security of lives and property in the country, the IGP claimed that the security situation in the country had in fact improved since he assumed office about eight months ago.

According to him, “On the 52nd independence anniversary of Nigeria, the Nigeria Police will ensure that criminals have no hiding place. You can see the quantum of recovery of massive arms and ammunition in this country and we shall continue to do that… Nigeria is better today security wise. There is peace and stability in the country. We shall continue to do our best to ensure security of lives and property of the citizenry.”

Already, the federal government had announced that this year’s Independence Day celebration will be low key, as it will also be in 2013. However, 2014 will be a year of elaborate celebration as the country marks her centenary anniversary of her amalgamation.