She bestrode the Nigerian film industry in the mid-nineties to early 2000’s like a colossus until she quietly disappeared to the Queen’s land where it was reported, she went to join her hubby- that marked the end of her appearance in Nollywood. That was over a decade ago. 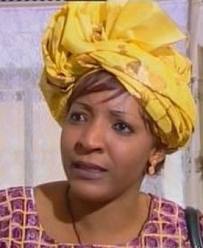 Now, the talented screen diva, known to us as Rita Nzelu is back! And making her return to the screens once again  in a movie titled ‘International Games’. Set to premiere in London on Friday, 2nd November 2012, the movie features Ghanian star actress, Jackie Appiah, Rita Nzelu and British actor, Gareth McChlery. 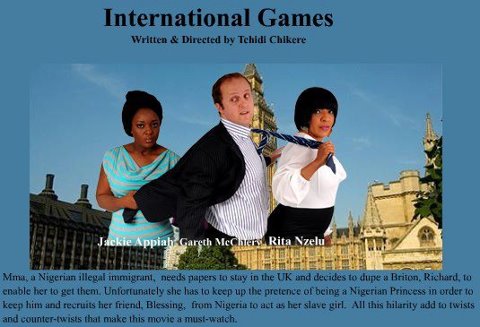 Tagged a “Green-card style Nigerian comedy”, the movie tells the story of Mma, a Nigerian illegal immigrant who needs papers to stay in the UK and decides to dupe a resident, Richard, to enable her to get them. Unfortunately she has to keep up the pretence of being a Nigerian Princess in order to keep him which leads to a grand charade.