Home General News World news Photo: $100,000 Prize For Any One that Kills The Film Maker of...
Facebook
Twitter
WhatsApp 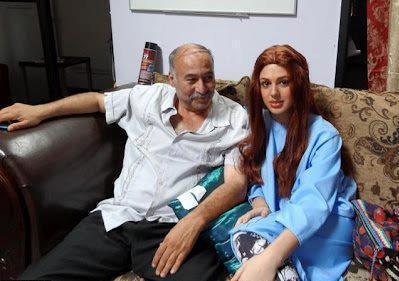 The case of the released anti-Islam video has taken a new twist as the Pakistani Railways Minister Ghulam Ahmed Bilour offers a $100,000 bounty for the death of the maker of the anti-Islam video, Mr Nakoula Basseley Akoula.

As protests continue in Pakistan, a government minister has offered a $100,000 bounty for the death of the maker of the anti-Islam film produced in the US that has sparked violent protests across the Muslim world.

Railways Minister Ghulam Ahmed Bilour on Saturday also invited members of the Talibanand al-Qaeda to take part in what he called a “noble deed”.

“I announce today that this blasphemer who has abused the holy prophet, if somebody will kill him, I will give that person a prize of $100,000,” he said. – Al Jezeera TV!