2face Idibia shot the video for his new single “Omotosan” in London yesterday and kukere master, Iyanya was spotted on set of the video shoot.

Who knows, maybe from the shoot, they could head to the studios for a part 2 remix of “kukere”. Wouldn’t that be awesome?

Iyanya looks good in the leopard printed shirt though. Who else likes it? 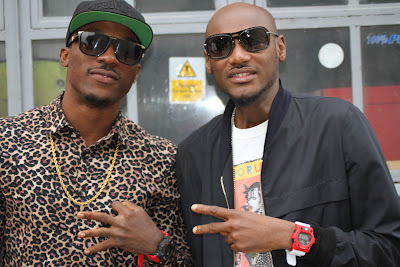 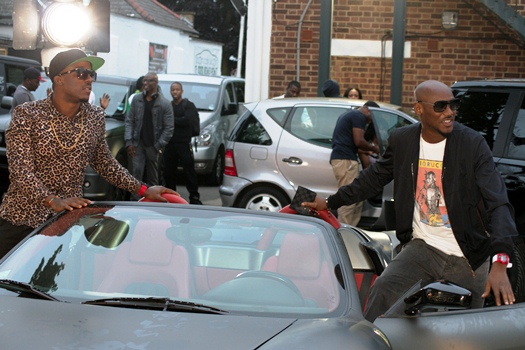 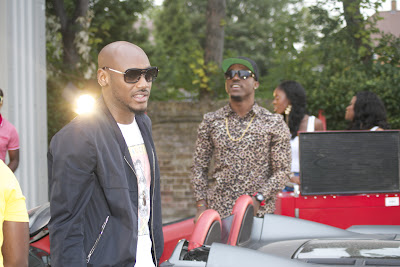 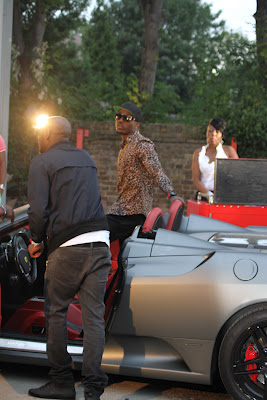