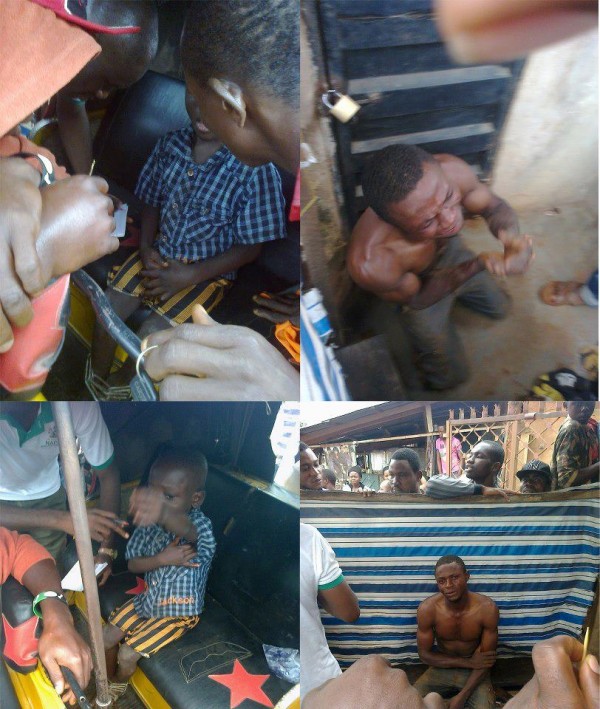 This little boy was found yesterday morning (29th Sept 2012) inside bush near a river in Okpuno Awka crying by the community security service during the sanitation exercise. His legs were bound in chains and locked with a padlock.

From investigation his father known as Alhaji by his fellow Okada riders and hails from Igala community of Kogi state is the one chained his two legs and left him in that bush for three days now without food or water.

It’s this same man that told his neighbors that his son has been missing since three days now and both him and neighbors were searching for him together without them knowing that he knew where his son is. But luck ran out on him today when the security men from the community discovered the boy crying in the bush. The little boy happens to be the only child from his former wife. Who is no longer living with him.