Elaine Davidson is the “Most Pierced Woman” according to the Guinness World Records.

When examined by a Guinness World Record official in May 2000, Davidson had 462 piercings, with 192 in her face alone. By August 9, 2001 when she was re-examined she was found to have 720 piercings. Performing at the Edinburgh Festival in 2005, the Guardian reported that she now had 3,950 body piercings. She has more piercings in her genitalia than in any other part of the body – 500 in all, externally and internally as seen above.The total weight of her internal piercings is estimated to be about 3 kilograms.

Now 42, Elaine was born in Brazil and is a former nurse. She does not drink or use drugs. She now resides in Edinburgh, Scotland with her husband Douglas Watson- a man with no piercings, whom she got married to on June 8, 2011. The couple continues to reside in Edinburgh where she runs an aromatherapy shop.

Today, Elaine, has over 7,000 piercings in total all over her  body.

Crazy, weird or both? How does she manage to bathe or even sleep? To further accentuate her already weird looking piercings, Elaine adorns her self with outlandish wigs and outfits, and paints her face in brazen colors. 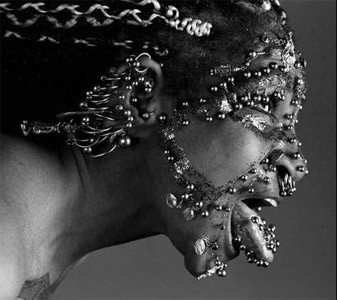 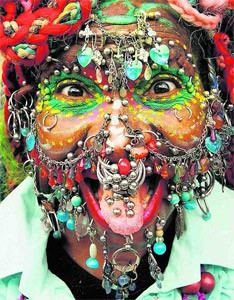 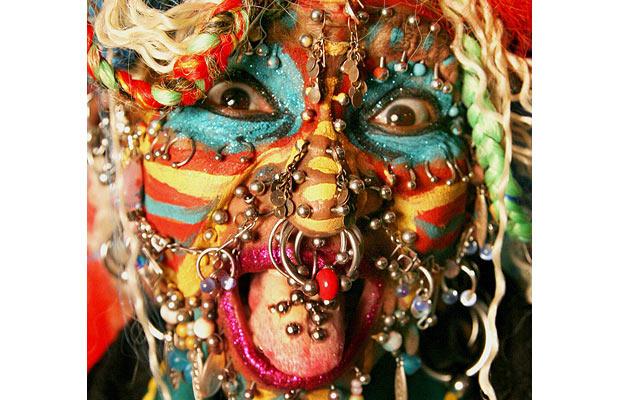 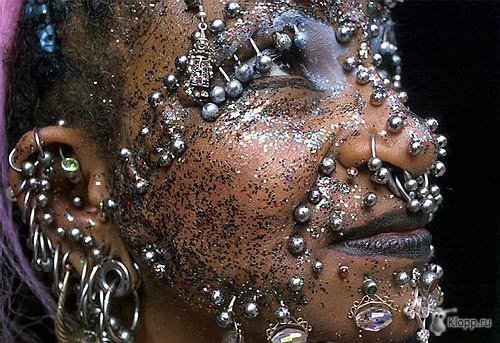 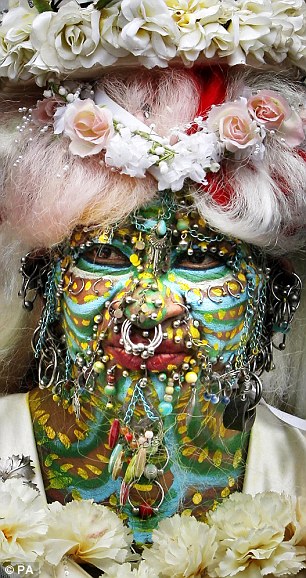