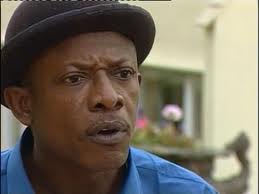 In a rather unfortunate event, reports have it that the Enugu residence of Nollywood actor, Nkem Owoh, has been raided by yet-to-be-identified hoodlums who carted away his Mitsubishi Montero Jeep with number plate BU 64 FST, alongside other valuables.

The confirmation of the said incident was done by Owoh himself who was said to have been in Abuja at the time of the incident.

The Nollywood actor popularly known as Osuofia, also lost his Toshiba laptop and camcorder to the intruders, who broke into his house at Phase 6, Tran’s Ekulu, Enugu.

The actor, who spoke to reporters on phone, said: “I was in Abuja last week Saturday when my neighbours called that it was like my place was burgled, that my gate appeared to be open.

“I asked them to check and they reported back that out of the three vehicles parked in the compound, the Jeep was no longer there.

“I called my driver and asked him to make a report to the police immediately, which he did.”
Owoh, who has returned to Enugu as a result of the incident, further revealed that the robbers removed the burglary roof in his window, through which they were able to remove the laptop.

He said there are no suspects for now but noted that the police had been alerted.