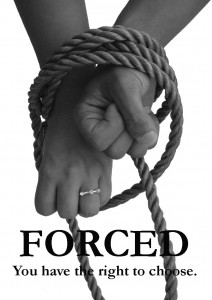 One Jaafar Ibra-him of the College of Education, Sokoto, has been banished by a sharia court sitting at Unguwar Gwaza in Gusau metropolis of Zamfara State, to Kaduna, for camping his girlfriend without the consent of her parents.

The 70-year-old father of the girl had told the court that his daughter was missing from his house since the Eid-el-fitr celebration. According to him, when the family set up a search team, it was discovered that her boyfriend had camped her in a secluded house.

In the words of the father, “We sent emissaries to the teenager to appeal to him to release my daughter but to no avail… her wedding is just around the corner. Honestly speaking, we were ashamed of what we are going to tell him,” the father told the court as he explains that his daughter had a suitor who had paid her dowry.

Meanwhile, testifying before the court, the embattled teenager told the court that he decided to keep his girlfriend because she told him that her parents wanted to marry her off to a man she did not love. However, in his ruling, the presiding judge said having heard from the plaintiff and defendant, the court had no option but to banish the accused to a place of his choice, Kaduna. The judge also ruled that the girl should remain indoors till when she would find a husband, while she was also banned from using handsets.