For those of us who like to patronize roadside sellers of meat otherwise called suya, here is a reason to think twice – that meat you are buying might not only be unwholesome, it could be a Vulture’s. Personally, I once had an experience where Donkey meat was sold to me and a couple of friends as cow meat; good enough, we were able to discern from the taste, texture and color of the meat. But what happens when you cannot tell the difference?

Vigilant residents of the garden city have apprehended a young man in the act of trapping vultures with local stimulant (snuff) in Onne, Port Harcourt. While confessing of his crime, the man who is from the north eastern part of the country said he wanted to use them as roasted chicken for his suya business. 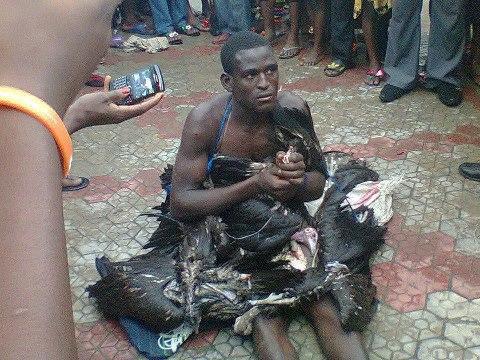 He also claimed that he has been in this roasted vulture and suya business in Port Harcourt for a long time.