Home General News State governors should spend within their state incomes and not compete with...
Facebook
Twitter
WhatsApp 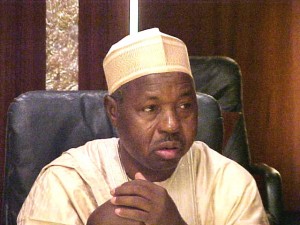 Former Speaker of the House of Representatives, Aminu Bello Masari, in an interview recently granted to the Sun bore his mind on many issues facing the country presently. The former lawmaker who has been silent on the political scene for some time now, criticized the attitude of most Nigerian governors to governance in the country.

What is interesting about the stance of the former speaker is the fact that he has especially expressed his reservations for the way most of these so called leaders focus on issues that concern sharing of the country’s revenue as if there are no other important things to deal with as far as governance is concerned.

Reacting to a particular question on whether there is any justification for calls by some people that the country be restructured, he said that the country is not practicing true federalism, that each state should in fact be granted autonomy and it should not be the responsibility of the federal government to determine a uniform salary for all political office holders.

In his words: “For example, under the Revenue Mobilization and Fiscal Commission, a salary structure was fixed for councilors, Chairmen of local government, state and National Assembly members and parastatals. I think they should limit themselves to the presidency because a councilor in my ward should not be earning the same thing like a councilor in some parts of Port Harcourt where revenue of a local government is even more than my state revenue… This is a simple area where the state government should determine the salaries and allowances of political office holders.”