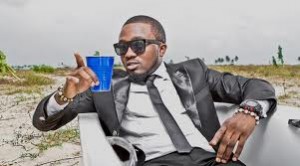 English DJ, Tim Westwood tweeted “@iceprincezamani is my man” and that has left people guessing if they are already working on something together.

Westwood is a high profile English DJ, Radio and TV presenter who has interviwed and worked with several top acts. They might have met in June when Ice Prince performed at a BBC Radio event. Any relationship he has with Ice Prince can only bolster Ice Prince’s burgeoning career; even get him more airplay in the UK.