Home Lifestyle Today is the International Day of Peace: How much of Peace do...
Facebook
Twitter
WhatsApp 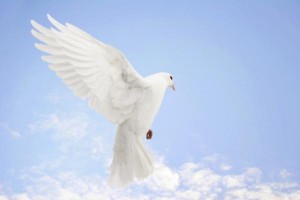 Also (unofficially) known as World Peace Day, the 21st day of September every year has been set aside by the United Nations (UN) as a day devoted to commemorating and strengthening the ideals of peace.

When it was originally introduced in the year 1981, it was suggested that every Tuesday of September, the regular opening day of the annual sessions of the General Assembly, be set aside for that purpose. Therefore, it was first observed on Tuesday, 21 September, 1982.

However, over the years that date has continually changed. But in the year 2001, the day was changed from the third Tuesday to specifically the twenty-first day of September, to take effect in 2002. A new resolution was passed by the General Assembly to give the International Day of Peace a fixed calendar date, 21 September, and declare it also as a day of global ceasefire and non-violence.

Given what we have been witnessing around us in recent times, Nigeria and indeed the rest of the world need so much of that right now – ceasefire and non-violence. Happy International Day of Peace!