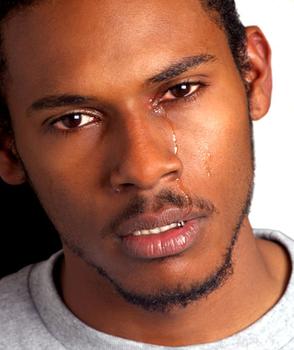 From the stables of lifestylemysteries these weird things humans do and why is made available to you. It is a clear understanding how things are in real life situations as opinionated by specific people shaped by perceptions.

Cry
How odd that sadness causes water to spill from our eyes! Among all animals, we alone cry tears of emotion.

Not only do they serve the purpose of communicating feelings of distress, scientists believe tears also carry certain undesirable hormones and other proteins that are produced during periods of stress out of the body, which may explain the cathartic effect of “a good cry.”
Hiccup
Hiccups are involuntary spasms of the diaphragm — the muscular membrane in your chest that figures importantly in breathing. A spell of them ensues when that muscle gets irritated, often by the presence of too much food in the stomach, or too little.

Weirdly, though, hiccups are as useless as they are annoying; they serve no apparent purpose. One hypothesis suggests they may be a remnant of a primitive sucking reflex. Whatever the ancient function, they are little more than a nuisance now — something to be gotten rid of via a variety of creative folk remedies.
Sleep
We spend roughly one-third of our lives asleep. No human can go without it for more than a handful of days, and yet sleep may be the least understood of all our activities.

It certainly allows for a lot of body “maintenance work,” from production of chemicals that get used during waking hours to the self-organization of neurons in the developing brain. REM sleep, with its high neuronal activity, occurs for longer each night during periods of brain growth.

Several theories point to sleep as a state vital to memory and learning. It may help ingrain episodic memories into long-term storage, and it also may simply give our mental waking activities a much-needed break.
Blush
Turns out, the cheek-reddening reaction is a universal human response to social attention. Everyone does it — some more than others. Common blushing triggers include meeting someone important, receiving a compliment and experiencing a strong emotion in a social situation.

Blush biology works like this: Veins in the face dilate, causing more blood to flow into your cheeks and producing a rosy complexion. However, scientists are stumped as to why all that happens, or what function it serves.
Kiss
It’s weird, when you think about it, that swapping spit seems romantic. Turns out it’s a biological instinct.

Kissing allows people to use smell and taste to assess each other as potential mates. People’s breath and saliva carry chemical signals as to whether they are healthy or sick, and in the case of females, whether they’re ovulating — all important messages for potential partners in reproduction.

Furthermore, the skin around peoples’ noses and mouths is coated with oils that contain pheromones, chemicals that broadcast information about a person’s biological makeup. When people pick up each other’s pheromones during a sloppy kiss, they’ll subconsciously become either more or less sexually attracted to each other depending on what they detect.

Alongside the chemosensory cues exchanged during kisses, psychologists also believe the actual physical act of kissing helps couples bond. This theory is supported by the fact that oxytocin — a hormone that increases most peoples’ feelings of sociality, love and trust — floods brains when mouths kiss.
Fart
The answer may stink, but everything we eat or drink gives us gas. In fact, it’s normal to fart up to half a gallon (1.9 liters), or about 15 to 20 toots worth of gas each day.

Particularly fragrant flatulence, however, comes from colonies of bacteria shacked up inside our lower intestinal tract. In the process of converting our meals into useful nutrients, these food-munching microbes produce a smelly by-product of hydrogen sulfide gas—the same stench that emanates from rotten eggs.

Just like the rest of us, the bacteria like munching on sugary foods best. The types of sugar naturally present in milk, fruit — and, of course, beans — produce the most farts .
Laugh
The punchline of a joke hits you, and with it comes a funny feeling: You’re suddenly overcome by the urge to yell out spastically , over and over. Laughing is weird. Why do we do it?

Psychologists think this behavioral response serves as a signal to others by spreading positive emotions , decreasing stress and contributing to group cohesion. For those same reasons, chimps and orangutans smile and laugh during social play too.

In fact, many hypothesize that laughing evolved from panting. When our prehuman ancestors wrestled playfully with each other, they got all panty… and that eventually turned into getting laughy.
Blink
It’s not that strange that we blink: The tenth-of-a-second-long activity clears away dust particles and spreads lubricating fluids across the eyeball. What is strange, though, is that we fail to notice the world plunging into darkness every two to 10 seconds!

Scientists have found that the human brain has a talent for ignoring the momentary blackout. The very act of blinking suppresses activity in several areas of the brain responsible for detecting environmental changes, so that you experience the world around you as continuous.
Zone out
No matter how hard we might try to stay focused on an everyday task, such as brushing our teeth or queuing for coffee, we simply can’t stop our minds from wandering. Fortunately, those bizarre bouts of cognition sans awareness known as “zoning out” are actually a good thing. They’re vital to creativity and imaginative thought.

Instead of staying completely focused on a dull and familiar external stimulus, neuroscience research shows that our attention waxes and wanes, and we spend 13 percent of the time “zoned out.” During this time, we are free to float along internal streams of consciousness, following wherever our minds randomly take us — perhaps arriving at a “eureka!” moment, or at the very least, a spontaneous and interesting idea.

It’s actually a trick of the mind (or three tricks, to be exact). First, our brains utilize “binocular disparity” — the slight difference between the images seen by our left and right eyes. Our brains use the two skewed versions of a scene to reconstruct its depth.

For a close-up object, the brain registers the “convergence” of our eyes, or the angle they swing through to focus on the object, to decide how far away it is.

When glancing at things on the go, we subconsciously gauge distance by registering “parallax.” That’s the difference in speed at which closer and farther objects seem to move as you pass them.
Get pins & needles
Hitting your funny bone isn’t very funny. Neither is crossing your legs for too long, or waking up at night with a dead-seeming hand that gradually tingles back to life. What causes that horrible “pins and needles” sensation?

It happens when you apply too much extra weight or pressure on a nerve, temporarily inhibiting its function, and then remove the pressure. As the nerve gradually returns to normal, our brain somehow interprets its activity as a tingling sensation — pins and needles.
Take risks
Risky endeavors can be deadly, as exemplified by the frequency of fatal sky-diving and mountain-climbing accidents. So, why don’t we all just stay home and watch Netflix? Why this urge to do dangerous things?

Psychologists say risk-taking stems from our need to impress potential mates. Men face more intra-intimate competition than women, and so they must advertise their intimate fitness — through daring exploits — more overtly. This explains why men tend to take even more risks when they’re in groups. Though women are generally more risk-averse, everyone strives to impress on occasion.