When he appeared on the music scene in Nigeria, a lot of people believed in him to be one of the young ones that would grow old at the top. What happened to the promising career of GT? Maybe it’s in his style of music. The message he passes across in his songs may be too much to handle for some Nigerians who just want to live everyday as it comes and not worry about the future.

The party songs seems to rule the airwaves in Nigeria, but GT never gives up. Earlier in the year, he dropped a single titled Excuse Me Sir. On the single, GT Said he was lending his voice to the cries of dear country(Nigeria), something the legendary Abami Eda (Fela Kuti) would have done if he was alive. How far this takes him remains to be seen, but we believe in him like he does in himself.

GT D Guitarman is a year older today. As we await more songs from the dreamer as he hopes to release his second album soon, we can only wish him the best in life and say Happy Birthday. 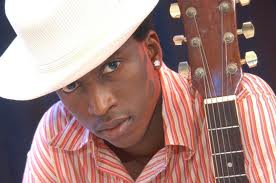