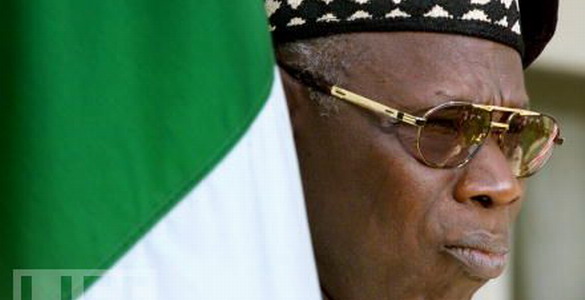 Barely two days after the Borno State Governor sounded a similar warning, former president, Olusegun Obasanjo on Friday, told members of the Boko Haram and their sponsors that they should have a rethink if they believed that they could win their current war against the Nigerian state.

The elder statesman had been responding to questions on “News Day” on the British Broadcasting Corporation [BBC] when he sounded the note of warning. Describing such mission as an unattainable objective, he said they would soon realise that they were engaging in a futile exercise; particularly pointing out that they were naive to think that they could turn the into country to an Islamic state.

In his words, “People, who know the history of Nigeria, will know that you cannot impose any religion on Nigeria as a whole. The people Boko Haram cannot impose Sharia in the North, where most of our people are Muslims, let alone in the entire country… By now, they should know that. So, I see a bit of naivety in that objective that they have given to themselves. It is an unattainable objective and we need to win their heart and mind.”

When reminded that the Boko Haram men had promised to sustain their current hostility against the country until their primary objective was achieved, Obasanjo merely waved that aside saying: “Well, if you are prepared to kill more people, it is like somebody saying we will fight to the last drop of our blood. Now, one doesn’t know whose blood will be the last to drop. How many people will be killed? How many of them will survive at the end of the day? Boko Haram and those who believe in their cause will soon know that yes, it not a war that they can win.”