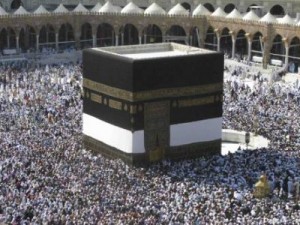 Information emerging from the National Hajj Commission of Nigeria (NAHCON) reveals that the country has lost at least 15 pilgrims participating in this year’s Hajj in Saudi Arabia. One of the pilgrims, from Lagos State, was said to have died in Mekkah on Thursday after he took ill.

NAHCON’s Commissioner in Charge of Information and Research, Dr. Okenwa Saleh told newsmen at the commission’s headquarters that 14 other pilgrims from Nigeria had died in the course of this year’s hajj. According to Okenwa, nine died in Medina, while the remaining six lost their lives in Mekkah.

In his words, “Knowing well that Allah is the giver and taker of soul, we announce that 14 pilgrims from Nigeria died at the holy cities of Medina and Mekkah.” He gave the names of those that earlier died in Mekkah as Umar Dahir and Shuaib Malami from Katsina State; Ganiyu Ayinde from Ogun State; Abdullahi Mudi and Nana Garba from Sokoto State.