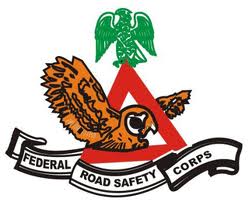 They had appeared before the court on a three-count charge of criminal conspiracy, trespass and mischief, contrary to the Penal Code. According to the charge sheet, the accused entered the premises of FRSC, Jebba Unit, in Moro Local Government Area of Kwara State and forcefully removed a Toyota Corolla car with registration number AE 814 PTG, impounded from Yusuf.

The charge also said that the accused vandalised the FRSC premises in the process of removing the vehicle, adding that the first accused, Yusuf, was arrested for contravening traffic laws and had his car impounded by FRSC operatives. The charge reads, “Yusuf was the person that mobilised his accomplices from the National Union of Road Transport Workers, Bode Sadu Branch, in Moro Local Government Area of Kwara.”

The prosecutor, Insp. Mojisola Olamokun, told the court that the alleged offences were not ordinarily bailable and urged the court to remand them in prison, pending the completion of investigation. Meanwhile, the accused persons pleaded ‘not guilty’ to the allegations against them. However, in her ruling, Magistrate Mariam Salahu ordered them to be remanded in the Federal Prison Yard, Ilorin, and adjourned the case till November 8.