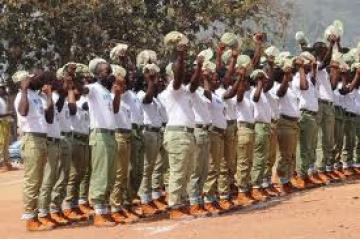 For those who have experienced it, the end of the service year is always accompanied with mixed feelings – the joy of having finally gained the freedom to explore the world of the labour market; and the fear of uncertainty that looms ahead, compounded by the ceasing of the monthly allowance (alawee).

But for about 53 corps members of the outgoing corp members in Lagos, the mixed feelings will most certainly missing! They will repeating their service year, even as they have been denied NYSC discharge certificates at the passing out ceremony in Ipaja, Lagos, for absconding during service year amongst other offences.

This was made known by the Lagos State NYSC state coordinator, Mrs Adenike Adeyemi while addressing the 8,165 Batch ‘C’ corps members deployed to the state. She said; “Disciplinary measures of repetition of service shall be meted on 21 corps members who absconded and 32 given extension of service ranging from two weeks to two months.”

According to Adeyemi, the punitive measure was to discourage serving corps members from playing truancy while on national assignment adding; “The NYSC teaches and exemplifies discipline, patriotism and committed service.”