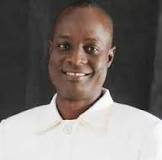 Information emerging from the police has revealed that Coxson Lelebori Lucky, one of the prime suspects in the “Aluu 4” killings might have been nabbed.

It will be recalled that the Police had disclosed on Monday that two prime suspects in the gruesome murder of four University of Port Harcourt Students through a mob action were on the run.

The Inspector General of Police, Mohammed Abubakar, Tuesday broke the cheering news that the two prime suspects have been arrested in Port Harcourt. Although, the police IG declined to give their names, a statement that emanated from his office on Monday giving an update of investigations into the killings had noted that one Coxson Lelebori Lucky who was the architect of the crises that led to the killing of the students, was on the run and that the Police was on his trail.

If the above information is to be pieced with the declaration of the police boss on Tuesday, all things being equal, then the prime suspect is already in police custody. Nigerians have been clamoring for the arrest and prompt bringing to justice of all those involved in the killing of the students. This would indeed be a welcome development and a thumbs up for the police!