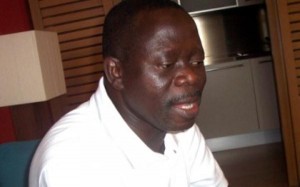 Serious allegations of fraud are trailing the recruitment of 500 teachers in Edo State by the State Post-Primary Education Board, following reports that applicants were asked to pay N200,000 to be recruited.

Recently, it was gathered that in order to engage the services of enough teachers in secondary schools in the state, Governor Adams Oshiomhole directed the Board to recruit 500 teachers who would teach science subjects, English and Mathematics. Consequently, the vacancies were advertised and over 11,000 persons were said to have applied for employment.

However, Vanguard has reported that after conducting interviews, a list of successful applicants was posted on the notice board, but it was gathered that officials of the Board hurriedly removed the list when members of the public started raising questions about the credentials of some successful candidates.

It was also learnt that Governor Oshiomhole had been informed of the situation and that there are plans to sack the entire Board members, a situation which is already creating tension among members of the Board. Meanwhile, when contacted, Edo State Commissioner for Education, Mr. Ekpenisi Omorotionwa, said though he had received such report, he was yet to obtain concrete evidence to enable the Ministry take action against the perpetrators.