When Ashton Kutcher replaced Charlie Sheen on the hit comedy “Two And a Half Men”, he also took his place as television’s highest-paid actor, according to Forbes’ annual survey released on Wednesday. The actor whose girlfriend Mila Kunis was named sexiest woman alive, is enjoying every bit of the spotlight now with this ‘good news.’ 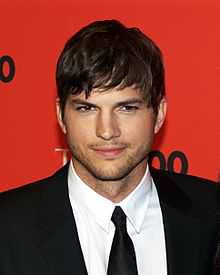 Forbes estimated Kutcher earned $24 million from May 2011 to May 2012, while Sheen, now starring in “Anger Management” on cable television following a very public firing from the hit CBS show, didn’t even make the top 10.

Sheen’s $40 million a year ago however easily out-earned Kutcher by some $16 million. Steve Carell, also in the top 10 last year with $15 million before he left “The Office,” was also nowhere to be found this year.

Earnings runners-up included “House” star Hugh Laurie and Ray Romano of now-canceled “Men of a Certain Age,” with $18 million each.