If Rihanna and Chris Brown were hiding before, they aren’t anymore. Love could be a beautiful thing you know; especially for Brown who ordinarily no one would think deserves a second chance with Rihanna, but NO; he seems to be grabbing a second chance with both hands. They were apparently getting cozy at the Jay-Z concert last night … and, ‘no thanks’ or ‘thanks’ to Twitter, everyone in Brooklyn saw it.

A picture taken from behind RiRi and Chris at Barclays Center is viral on the internet. They are seated in VIP. No physical contact in the photo though, but Chris’ right arm is stretched around the back of Rihanna’s chair. 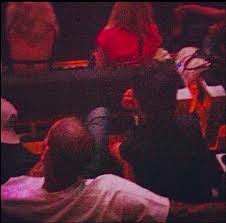 This may look like nothing, but you wouldn’t think that if you knew Chris and Rihanna were spotted at the same table in an NYC nightclub few nights ago. They were also seen leaving the same hotel.

Chris Brown’s model girlfriend, Karrueche Tran might have accepted her fate and is letting go as a split seemed imminent; she tweeted “Bye baby” just hours before last night’s concert. A lot of people believed the tweet is just a hint of their split. For Karrueche, it’s over between her and Chris. 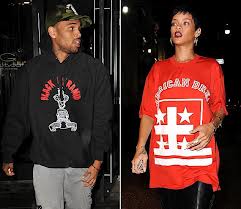 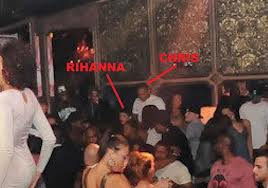 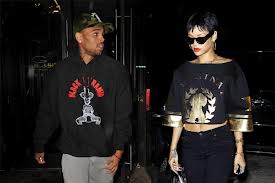