Davido’s Emotional Confession – Why All The Beef? I Just Happen To Be The Son Of A Rich Man

The sixth edition of the annual Hip Hop World Awards popularly called ‘The Headies’ was staged last Saturday in Lagos amid pomp and pageantry. The programme, which was slated for 7 pm, did not kick off until midnight and ended by 4 am. 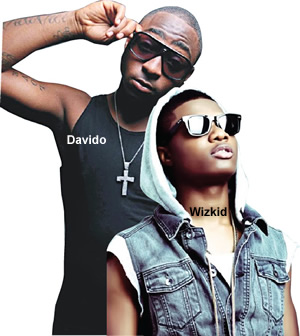 The event was compered by the duo of MI Abaga and Omawunmi.

One of the highlights of the night was when Wizkid who has been reported to be on a cold war with contemporary, Davido, paused on his way to the backstage to hug and pump fists with the ‘dami duro’ crooner and his crew at their front row seats. That gesture, no doubt, put paid to the rumour that both artistes were at war.

Earlier, Davido, who dedicated his awards on the night to his late mother, came close to tears as he performed his chart topping song, ‘dami duro’ on stage.

“I almost shed tears on the stage when suddenly I recalled the unnecessary envy and attacks I had suffered lately. I asked myself why all that beef on me? I just happened to be the son of a rich man. I have love in my heart for everyone. I cannot hurt a fly and that’s why I was overwhelmed with emotions on stage,” he told revealed.